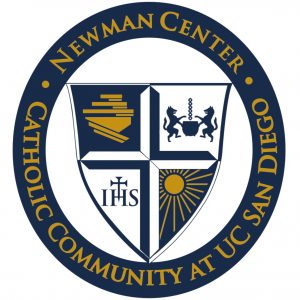 The Catholic Community at UC San Diego experiences Christ’s presence in Word, Eucharist and one another. We seek to build the reign of God by sharing our faith in Jesus Christ as well as by extending welcome, embracing diversity, and responding to others with compassion. 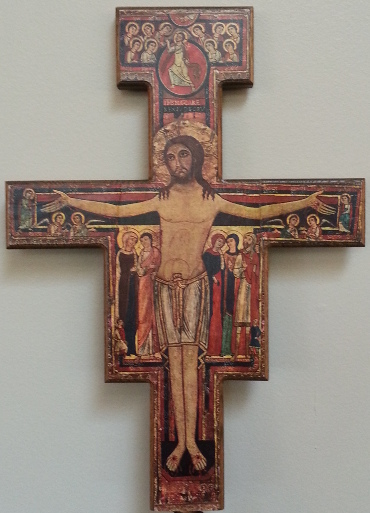 The Newman Center Catholic Community at UC San Diego came into existence with the founding of the University in 1966. At the invitation of the Bishop of San Diego, the Paulist Fathers became the first campus ministers. The Paulists served the community for thirty-two years, establishing many important connections to the university and building a vibrant community. Two notable contributions of the Paulists were the building of a wonderful student leadership program for undergraduates and encouraging a spirit of interfaith dialogue among other participating campus ministers. As the community struggled to find a suitable space for the ministry, the University Lutheran Church generously offered to house the Newman Center, a relationship that lasted several decades. One of the great imprints of the Paulists were the Burke Lectures, which are still ongoing. These lectures promote dialogue between religion and society and feature world-wide renowned scholars.

In the fall of 1998, the Dominican Friars of the Western Province came to UC San Diego and continued the ministry begun by the Paulists. As the community grew, so did the University Lutheran Church’s need for their own space. Thus, the Newman Center moved to its current location at the Good Samaritan Episcopal Church, two blocks from the east parking lots of UC San Diego. The Dominicans grew the campus ministry by expanding the number of students attending Mass and retreats, establishing a great financial base, expanding the programs offered by the Newman Center, deepening an active desire to collaborate with other faiths through our relationship with Good Samaritan Church, The Center for Ethics and Spirituality, and the Burke Lectureship at UC San Diego, and a commitment to support the goals and development of effective preaching and the formation of faith and young adult life in the diocese. At the end of the fall quarter 2016, the Dominicans announced their withdrawal from the Newman Center at the end of the academic year, due to a desire to not overstretch the friars and to strengthen the community life and mission of the Western Province.

In the summer of 2017, the Society of Jesus accepted Bishop McElroy’s invitation to continue the great ministry and spirit at the Newman Center. The Jesuits bring with them a long tradition of working with youth and young adults, geared to the formation of men and women for others, for the greater glory of God.

Our logo was created through a collaborative effort with the Pastoral Council, the staff and student ministers. Below is a description of each quadrant of the logo. 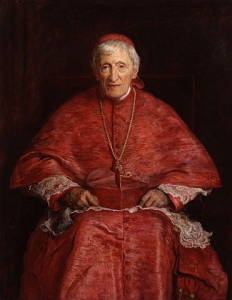 Newman Centers, often referred to as Newman Societies outside of the United States, started to be established in the late 19th century and early 20th century as a way to encourage people to live out their Catholic faith on a secular campus in the midst of perceived anti-Catholic biases. They are named after an English convert to Catholicism, St. John Henry Newman, who encouraged Catholic students to form societies to support one another as they pursued higher education.

After his conversion, he was ordained a Catholic priest, later a cardinal, and then became a Saint. He helped establish the Catholic University of Ireland, which later became University College, Dublin.

Newman Centers across the country have active ministries to the campus they serve. In addition to providing access to the Sacraments in a location on campus or close to campus, they also provide many programs for students to connect with other Catholics and like minded individuals, grow in their faith, live out their faith in the world through service opportunities and other social justice ministries.